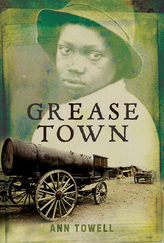 When twelve-year-old Titus Sullivan stows away in the back of his older brother's wagon, he is seeking adventure and freedom - especially from overbearing Aunt Sadie, who has fostered him since his parents died. Little does he know that in Oil Springs, Ontario, where they are headed, there are people who have had far more dangerous adventures running for freedom than he could imagine. Runaway slaves have also made their way to Oil Springs on the Underground Railroad and have settled there to find work... On one horrifying night, a race riot erupts, and Titus' world falls apart. 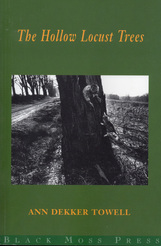 ...three siblings, Hannah, Gabriel and Rafael, growing up in rural Ontario  follow the lead of their dog, Lady, and stumble upon a forgotten cemetery. They discover that a black slave family had escaped to the same area in the 1840s. According to the locals, some members of that family are buried on the southeast corner of their farm. Then one night Hannah is awakened by a shout. When she looks out, she sees the slave family climbing the river bank onto the flats of their farm. She wakes her older brother, Gabriel. The two of them boldly venture outside to confront the ghostly figures. But the family disappears, leaving only a slip of paper. The adventure begins...

Grease Town can be bought at any online book store such as amazon,  and at the Book Keeper in Sarnia, Ontario. For those who wish to buy a signed copy, contact me directly.
Powered by